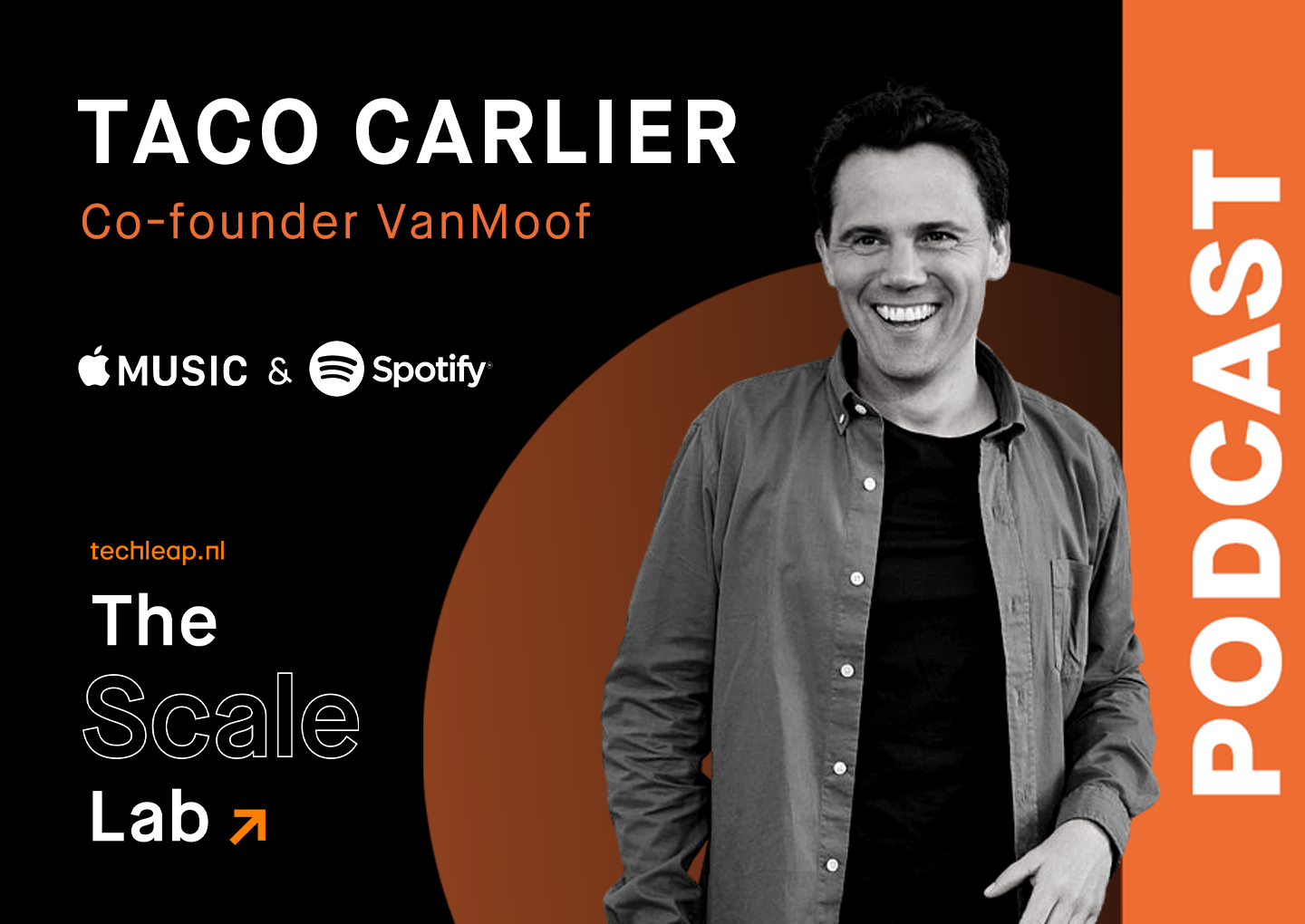 VanMoof revolution: How Taco Carlier changed the world of ebikes

In this episode, Taco Carlier shares his entrepreneurial story - how his past experiences shaped his vision for VanMoof, what were the obstacles of finding the right product-market fit for VanMoof e-bikes, and why Taco believes in hybrid financing.

Listen to the full The Scale Lab podcast episode here:

Below, we’ve summarised the key points on finding product-market fit, hiring, and funding that were raised in this episode:

Could you please share a bit of your personal background, what’s your origin story?

1:23 - I grew up in the east of the Netherlands, in a very creative family. I studied Industrial Design Engineering at the Delft University of Technology. I considered applying for a corporate job after graduation, but then I signed up for an entrepreneurship course at my university and changed my mind. I quickly realised that entrepreneurship is my cup of tea.

Actually, six months after I joined that course, I already founded my first company - Dutchband - together with my brother Ties. From that experience, we gathered a lot of learnings that we, later on, applied to VanMoof. 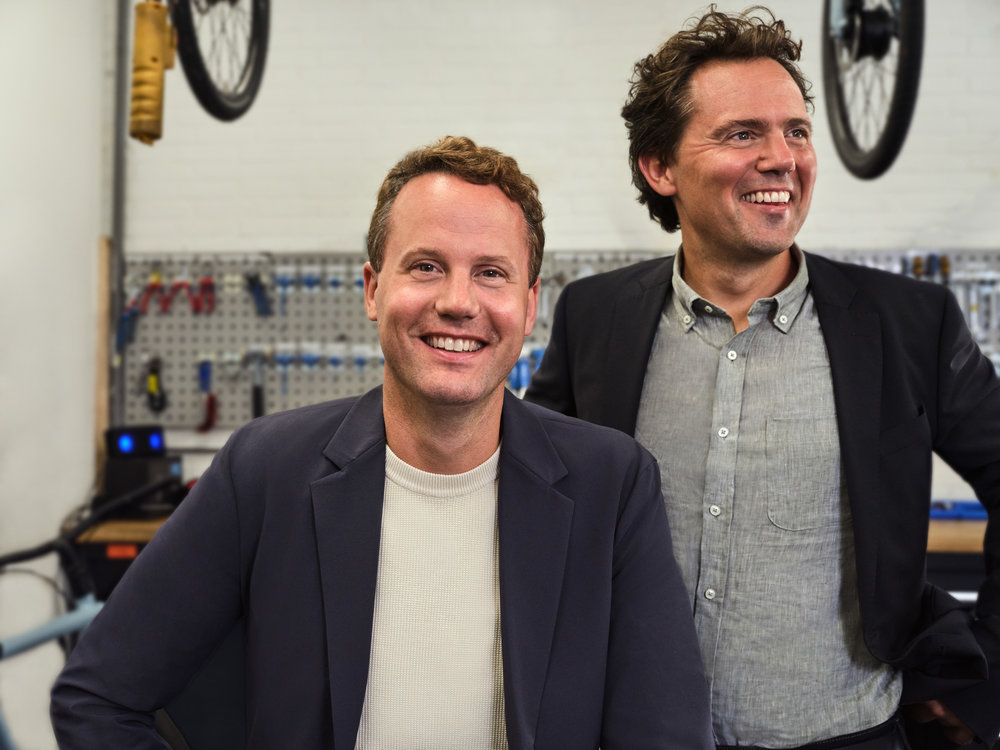 Looking back, what was the first MVP of a VanMoof bike and how did you know you have a product-market fit?

6:30 - The first VanMoof product was totally different from what we have now, though the company mission has always stayed the same. Our mission is to get the next 1B people on bikes. We want to get as many people to ride bikes in San Francisco, New York, Paris, as in our hometown - Amsterdam.

Our first ever released bike was very simplistic, with integrated lights, and it cost only 399 euro back then. The sales were really good within the first three years, but we mostly sold those bikes within the Netherlands, so at that point, we didn’t achieve our mission yet.

But we learned quite a few things from this first prototype:

Learning #1: If you want to revolutionise the bike industry, traditional stores are not the best sales channel, as they are very inflexible towards change. So we had to create our own sales channel instead.

Learning #2: Not every city is suitable for commuting on bikes. There is a reason why we all ride bikes in Amsterdam and less so in New York. Some of the reasons are huge distances within the city and really hot summers. This is when we realised that electric bikes could solve those challenges across markets.

Were you inspired by any other companies when creating VanMoof? Or was it completely your own development?

12:20 - We were definitely inspired, especially by Apple and their supply chain. I can confirm we copied the way they produce their products. Basically, we applied the rule of consumer electronics to the bike industry. Just like Apple, we do all the design and engineering in-house, both the hard- & software to build that seamless user experience. 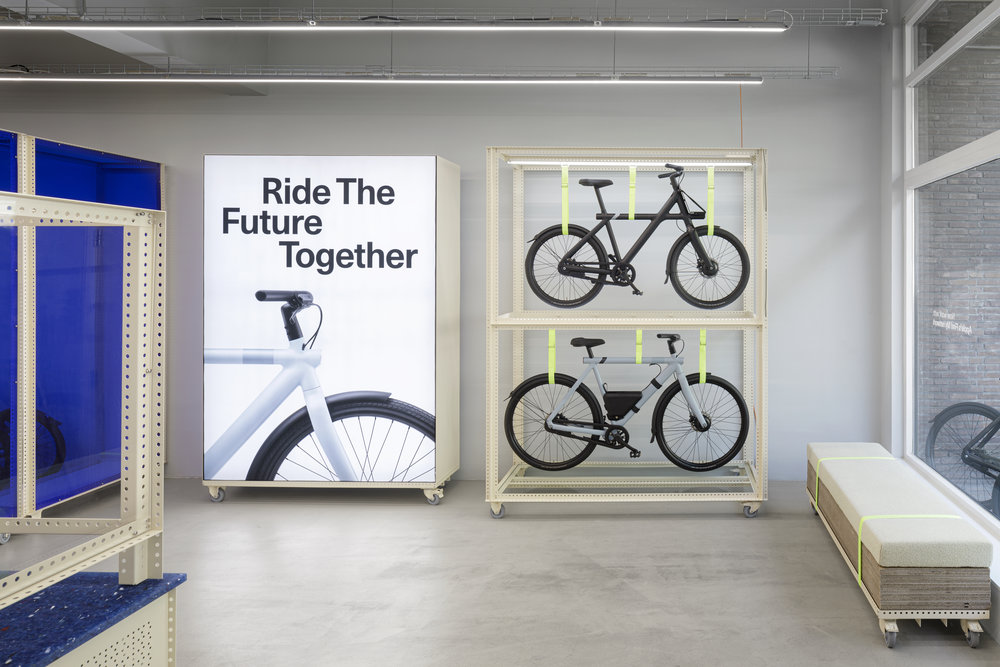 How did you present VanMoof on the market that it took off so well from the very beginning?

17:15 - It was a revolution as back then e-bikes were aimed at elderly people mostly. What we found out with our first released e-bike model is that e-bikes can also be a solution for people who have challenging commutes, like on busy streets of New York for example.

That was a pretty revolutionary idea back in 2016 and we were among the first ones to release a beautiful ebike, targeted at young people, who want to commute from point A to point B within big cities. Plus we worked hard on integrating extra features, such as our anti-theft solution that proved to be very valuable in big, modern cities. In that sense, VanMoof bikes were totally built for urban environments.

When did you expand the sales of VanMoof abroad?

19:04 - We went global with our e-bikes from the very beginning. Since 2009, when we first introduced VanMoof in the Netherlands, we already were present all over the US, Australia, Japan, and across the whole Europe by 2010. At first, we worked with distributors, which was good to ramp up sales, but then it wasn’t a sustainable solution if we wanted to build up a brand and consistently release new products. I think nowadays we have around 15% of our sales concentrated within the Netherlands and 85% within foreign markets. 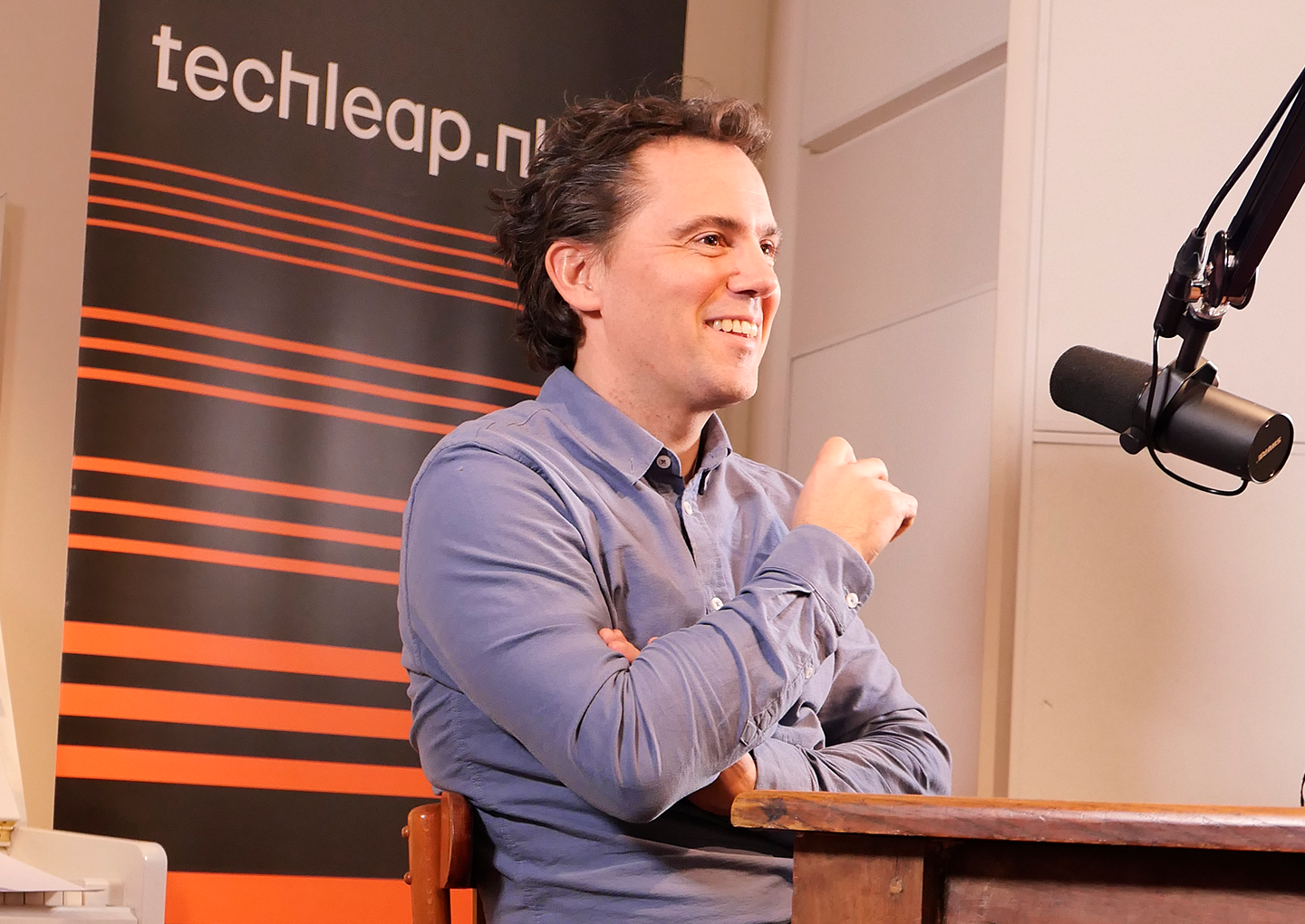 VanMoof was set up to export the Dutch culture of cycling.

Considering your global vision, how did you approach your hiring strategy?

So happened that 99% of all bike components, worldwide, are being produced by Taiwanese factories or Chinese factories that are owned by Taiwanese. Because we wanted to redesign bike components, we had to go to Taiwan and see how it works ourselves. My brother went to Taipei and other cities of Taiwan more and more often, so that within a year we made the decision to move there and hire some local people. We didn’t have much budget initially, so the team consisted of only three people - an engineer and two purchase assistants, all three of them still working at VanMoof to this day.

Currently, we have two teams - one in Taiwan, focused more on the engineering side, and one in the Netherlands, focused on business & sales. Therefore, the goal for me is to really foster fruitful cooperation between the two as much as possible, since they play an equal stake in the company’s success. 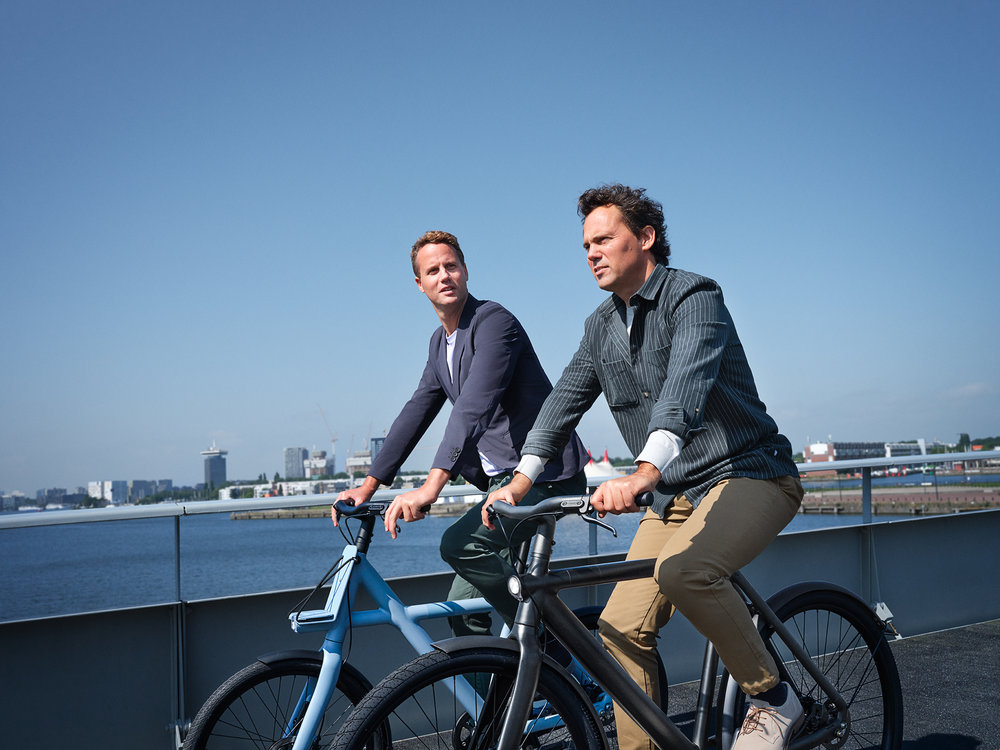 At some point you decided to raise external capital - how did you make your choices?

For the first seven years, we bootstrapped VanMoof using the cash flow generated by our first company, Dutchband. It was a very important period for us as we were able to take as much time as needed to work on our product, and try to bring it to the level we aimed for. I think having investors on board while we were still developing our product would have been hard.

After those seven years, we switched to equity crowdfunding. We managed to raise 10M in the Netherlands, which was pretty easy for us.  We had a lot of people who liked our product.

In 2017, we raised our first seed round with an Amsterdam-based VC, followed by two bigger rounds in 2020, when we raised $13M in May and around $46M in August. Going for external investment was especially logical as we launched our S3 model, our sales went up like crazy and we needed big capital. Looking back I think we chose the right mix of crowdfunding, bank loans, and VC investments. To me, hybrid funding works well for a hardware company like us. It gives you the opportunity to keep a good percentage within the company as a founder. 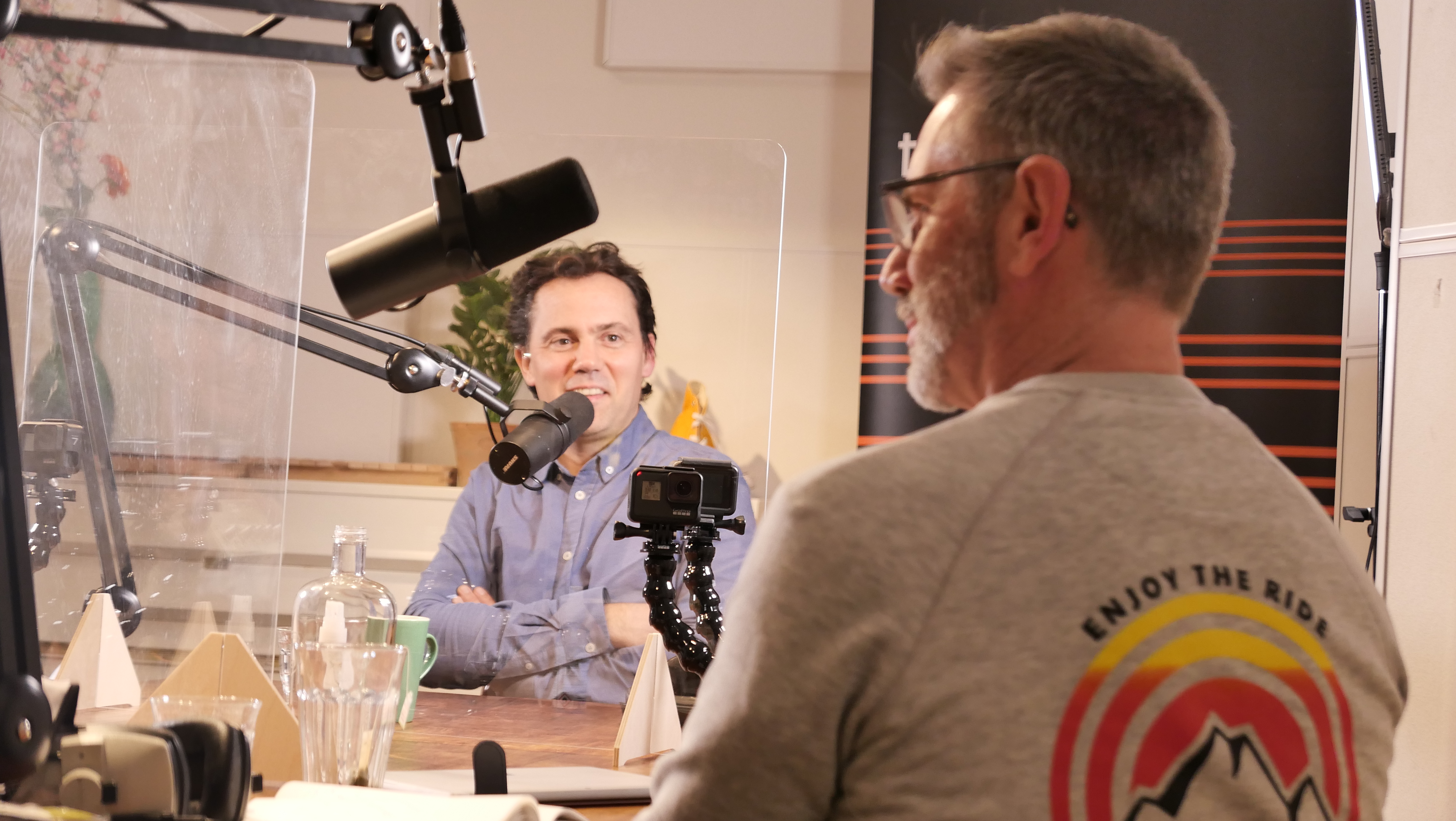 Eager to learn more? Listen to the full episode and get some extra founder tips from Taco!