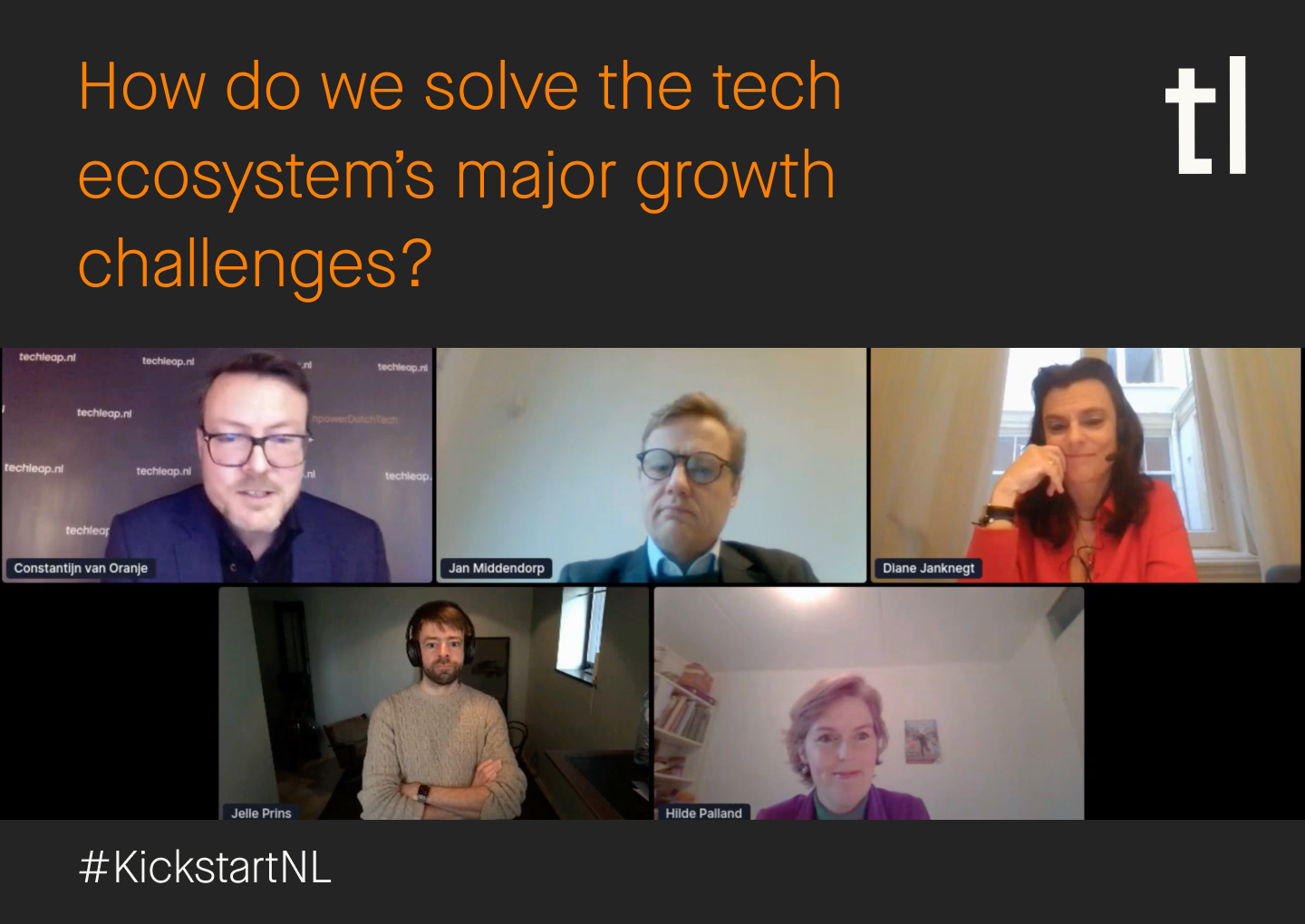 Panel discussion: How do we solve the tech ecosystem’s major growth challenges?

2020 has been a tough year. The coronavirus pandemic has completely shifted the landscape around us, changing the way we work, the way we interact, and putting an enormous strain on the economy. As a result, 2021 will be crucial. Covid has shown how important technology will be in rebuilding our future. It has allowed us to continue our lives – to work and study remotely, have groceries delivered and communicate with our loved ones – in the face of a global pandemic. More than ever, a commitment to technological development is vital if we want to remain relevant as a nation and competitive as an economy. The companies that will define the future are being built today, and this is what Techleap’s KickstartNL campaign is all about – taking a stand to show how important these startups are to our economy and society.

As part of KickstartNL, we brought together an esteemed panel of experts who can make a difference by discussing two of the major growth challenges for the Dutch tech startup ecosystem – access to talent and access to capital. Big question: do political parties feel the urgency to act now and to build a future proof ecosystem? Joining the panel were:

Attracting talent to the Netherlands

Access to talent is one of the main challenges startups face in the Netherlands. The global tech ecosystem is a competitive place and companies in the Netherlands are fighting a constant battle to attract and retain top talent. ‘It’s not easy to find really high-skilled workers in the Netherlands,’ Diane explains. ‘London by comparison is known as the centre for entrepreneurship and for tech – that PR is massive. Foreign talent often comes to a country because of the universities – in the UK you have Oxford, Cambridge, and very good tech colleges and universities too. It’s relatively easy to attract foreign talent to the UK, but I think we can take a few steps to make the Netherlands more attractive to national and international talent.’ 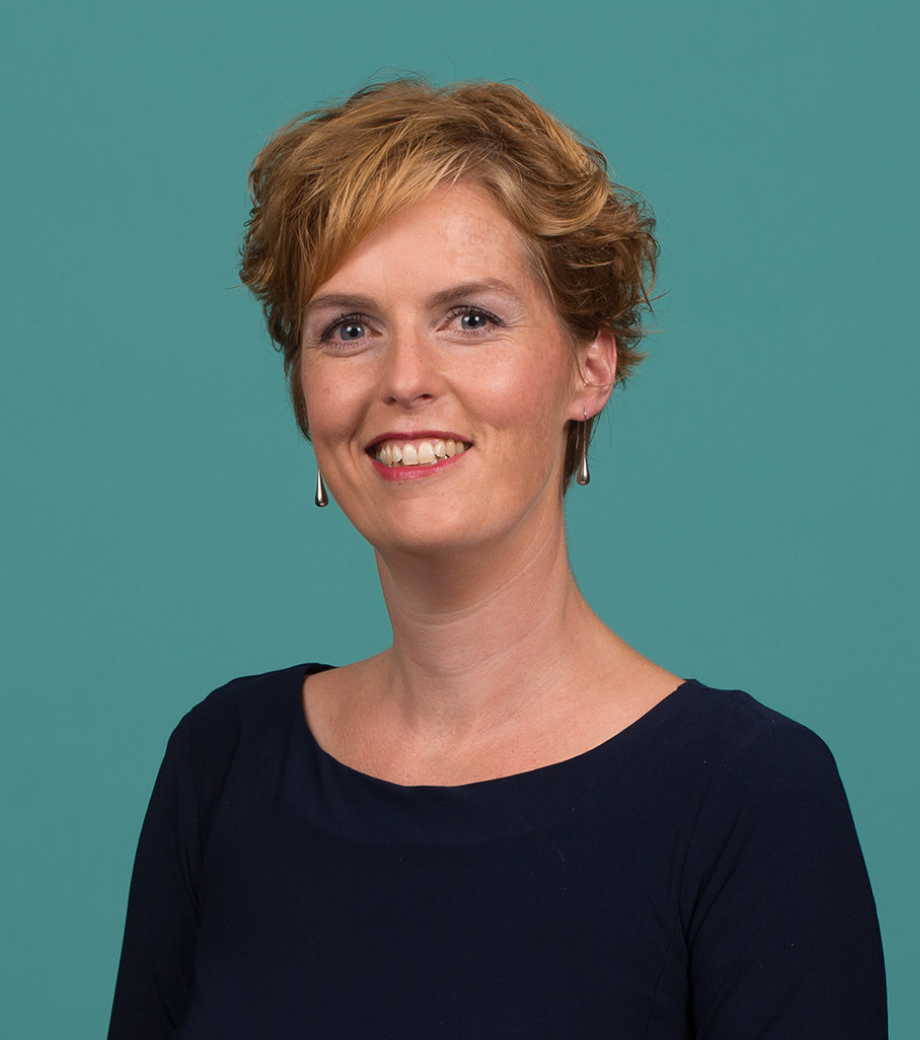 So what can the Dutch government do? Hilde believes that introducing tech into the national curriculum from a younger age would provide huge benefits for the ecosystem. ‘I think there must be more tech in the curriculum at a lower base level of education, like primary school and upwards,’ she says. ‘We have a lack of diverse tech talent, but we also have a shortage of teachers – I think that we should take steps to enable hybrid careers for people in the tech industry, so they can also teach and educate young people.’ She points to the impact of TechGrounds in Amsterdam, which provides accessible tech education to students with a focus on women and cultural diversity. A suggestion would be to promote scaling up initiatives like TechGrounds and Tekkieworden also in other cities in the Netherlands. 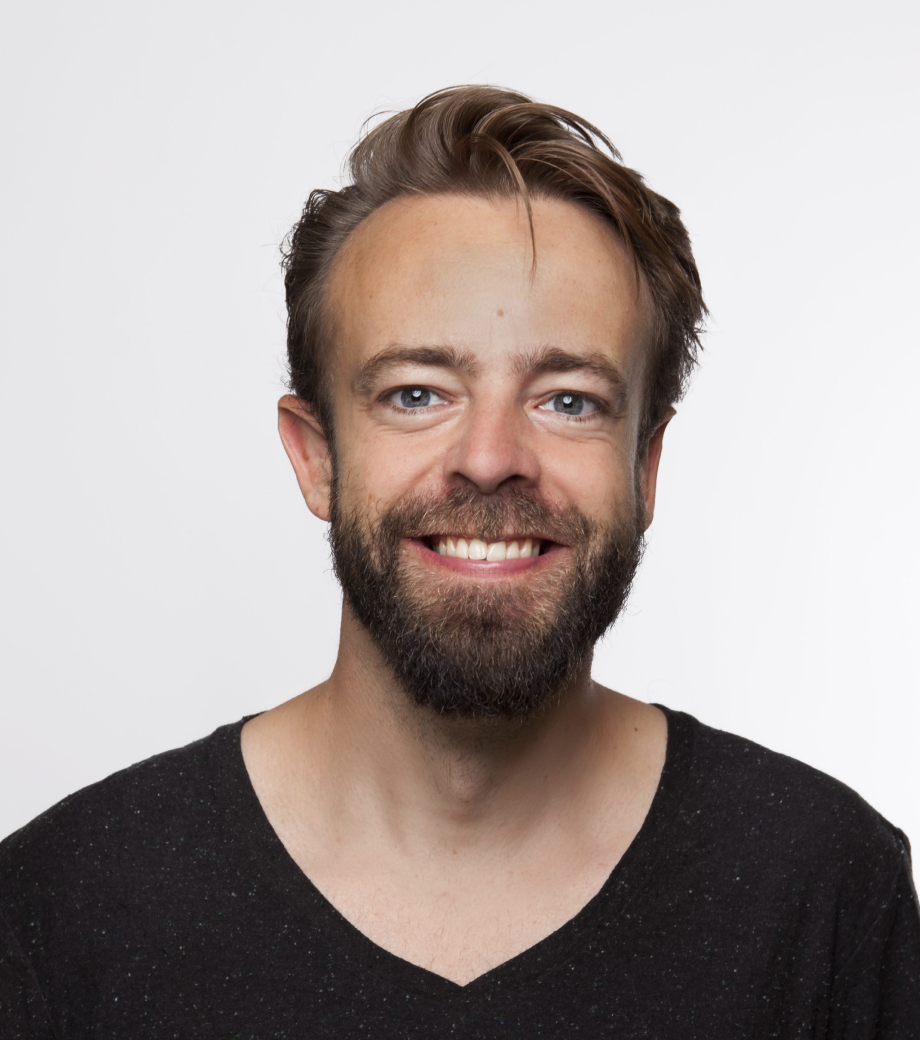 You want to create a pay-it-forward mentality

If one side of the talent debate is about attracting young talent into tech education, the other is about attracting talent post-education. ‘It ultimately comes down to: can we get the very best people to the Netherlands?’ Jelle says. ‘If you have a company you want to hire the top 1%.’ To compete with companies like Google in attracting talent, startups are offering equity packages. He believes that some tax rules in the Netherlands are discouraging top talent from coming to Dutch companies. For example, if a company offers shares as part of an equity package, you have to pay wealth taxes on those shares even if the shares are basically monopoly money.

Similarly, when the Netherlands taxes share options, it taxes between the difference of what you’re paying and what the shares are estimated to be worth. As a result, many people don’t exercise those options when they leave a company like Uber because they can’t afford to pay the taxes.

‘We can prove pretty concretely that if you taxed those shares when they were liquid and not when they were illiquid, we’d have many more tech investors in the Netherlands that could invest in new companies. It would kickstart the ecosystem. We have asked the government to look at stock option possibilities,’ says Hilde, ‘and to compare international ecosystems and see what can be applied in the Netherlands.’

Diane also points out that more of a commitment to diversity would result in a much larger talent pool for startups. ‘We need to support investors to invest in diversity in the biggest sense,’ she says. ‘If you have a diverse management team from the beginning, it's very likely that the rest of the team will be more diverse. That enlarges the pool of people that want to work at startups.’

Limited access to capital – both financial and expertise-based – is the other major problem that hampers startups and scaleups in the Dutch ecosystem. The Ministry of Economic Affairs and Climate policy is developing promising investment vehicles that will also allow for example institutional investors to step into that gap, but there is still a long way to go. Jelle states that the Netherlands needs to do more to stimulate a local “invest, build and exit cycle”. ‘Ultimately when a company becomes successful, you want the local Dutch investors, founders and employees to benefit from that and reinvest in the local community – a pay-it-forward mentality,’ he explains.

‘We have to realise that the unicorns we’re proud of – like Mollie, Messagebird and Adyen – are getting their capital from the US; when they become successful, the value isn’t flowing into our ecosystem – it’s flowing abroad.’

To incentivise investment in Dutch startups, Jelle suggests changing the taxation system – for example, postponing taxes on exit gains for those who reinvest into new startups, and implementing a tax-related deductible for qualifying startups that reduces their monthly tax by deducting income tax and VAT. ‘I think you’re completely right to point out that the tax system plays a role,’ says Jan. ‘This whole capital discussion is an enormous opportunity for the Netherlands. If we get it right, we can get a lot of the big VC investors to use the Netherlands as a foothold in the European market.’

Jan also sees non-traditional investment as a viable source of capital for startups moving forward. ‘Non-bank financing is an enormous fintech space that can provide capital for new businesses,’ he explains. His agenda is focused on getting regulators to take these new capital sources into account, and making sure they aren’t being unnecessarily penalised by the current system. ‘Nothing is as difficult as getting innovation regulation right, but it’s a huge opportunity. Smart regulations can boost our digital economy and society,’ he says.

Hilde admits that the current Dutch fiscal system has ‘negative side effects’ but she stresses that the Netherlands will never have the same fiscal climate as the US. The government is discussing fiscal adjustments that will tackle some of the problems Jelle raised, and the lack of network specialisation in the Netherlands is another big issue that is on the government agenda.

A change in mindset is needed

The lack of investment isn’t just because of the fiscal system – it’s also down to a difference in mindset. Traditional businesses are being replaced by innovative tech companies with different financing models that are disrupting traditional industries and creating new ones. ‘Germany, France, the UK and the US are all very active in driving this sector forward, but SpaceX and Tesla aren’t the kind of investments the Dutch government is betting on,’ Jelle states. 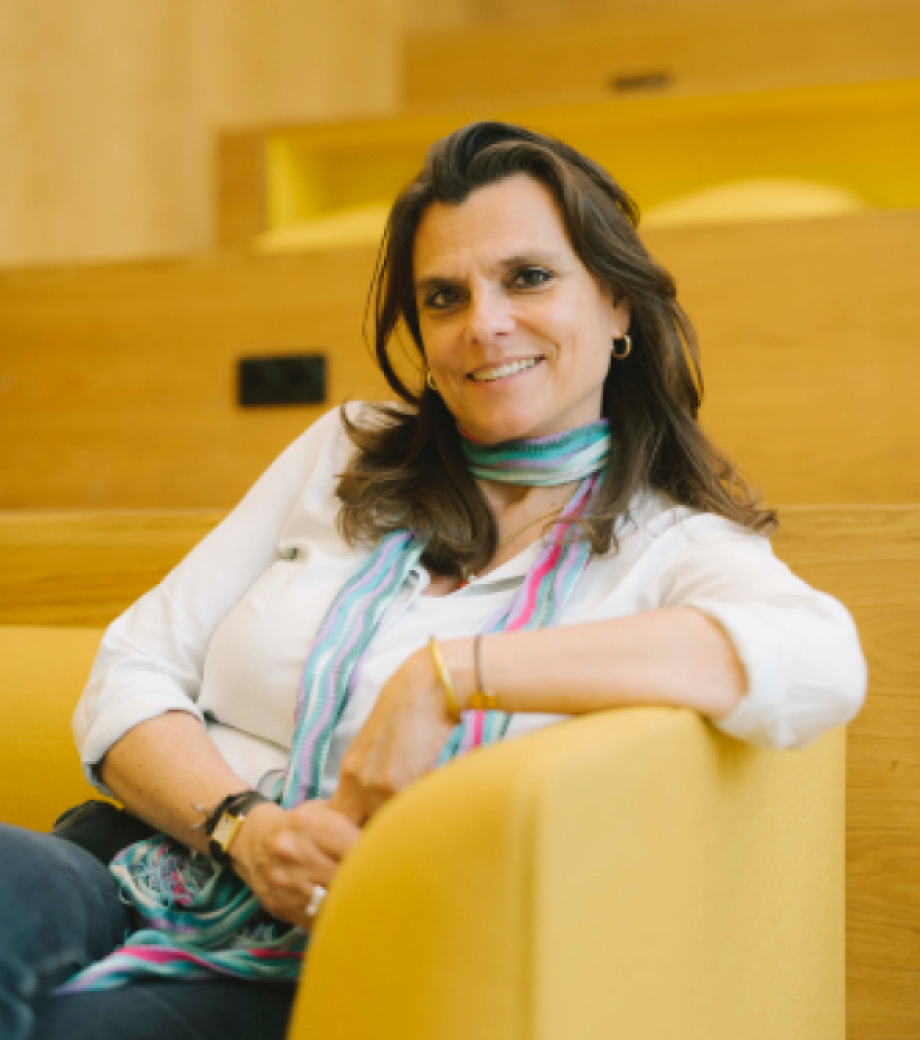 Diane agrees that a change in mindset would be beneficial for the whole ecosystem – that doesn’t necessarily mean matching the sky-high salaries paid by the biggest US corporations, but it does mean thinking bigger. ‘In the Netherlands, we often feel like those packages are too much’, she says, ‘but if you want to be a big boy or a big girl, you have to act like a big boy or a big girl.’

‘We have to think a bit bigger in the Netherlands and claim our position. We can claim the position of being very innovative, because there are so many initiatives that have the chance to be very successful here.’ With that final statement the panel came to an end, with a clear call to action and concrete suggestions for politicians to act upon the next coming months.

‘We have to think a bit bigger in the Netherlands and capitalize on our assets. We could claim the position of being a leading innovation ecosystem, because there are so many companies that have the chance to be very successful here.’ With that final statement the panel came to an end, with a clear call to action and concrete suggestions for politicians to act upon the next coming months. 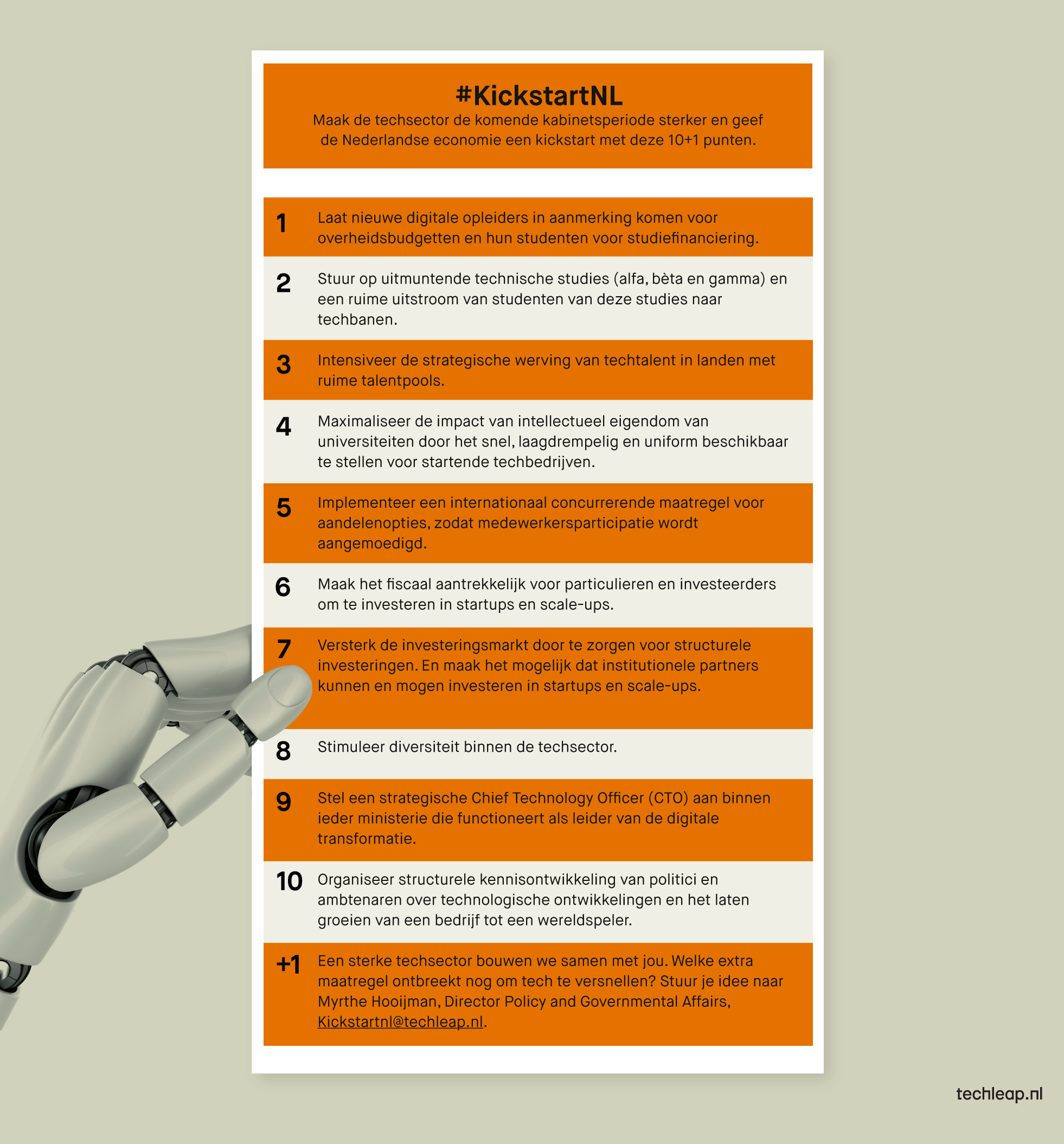 Read our Election Manifesto in English

With this manifesto, we call on Dutch startups and scale-ups, investors and other organisations to invest in the tech sector. 10 + 1 measures that prepare the Netherlands to innovate itself out of the crisis.