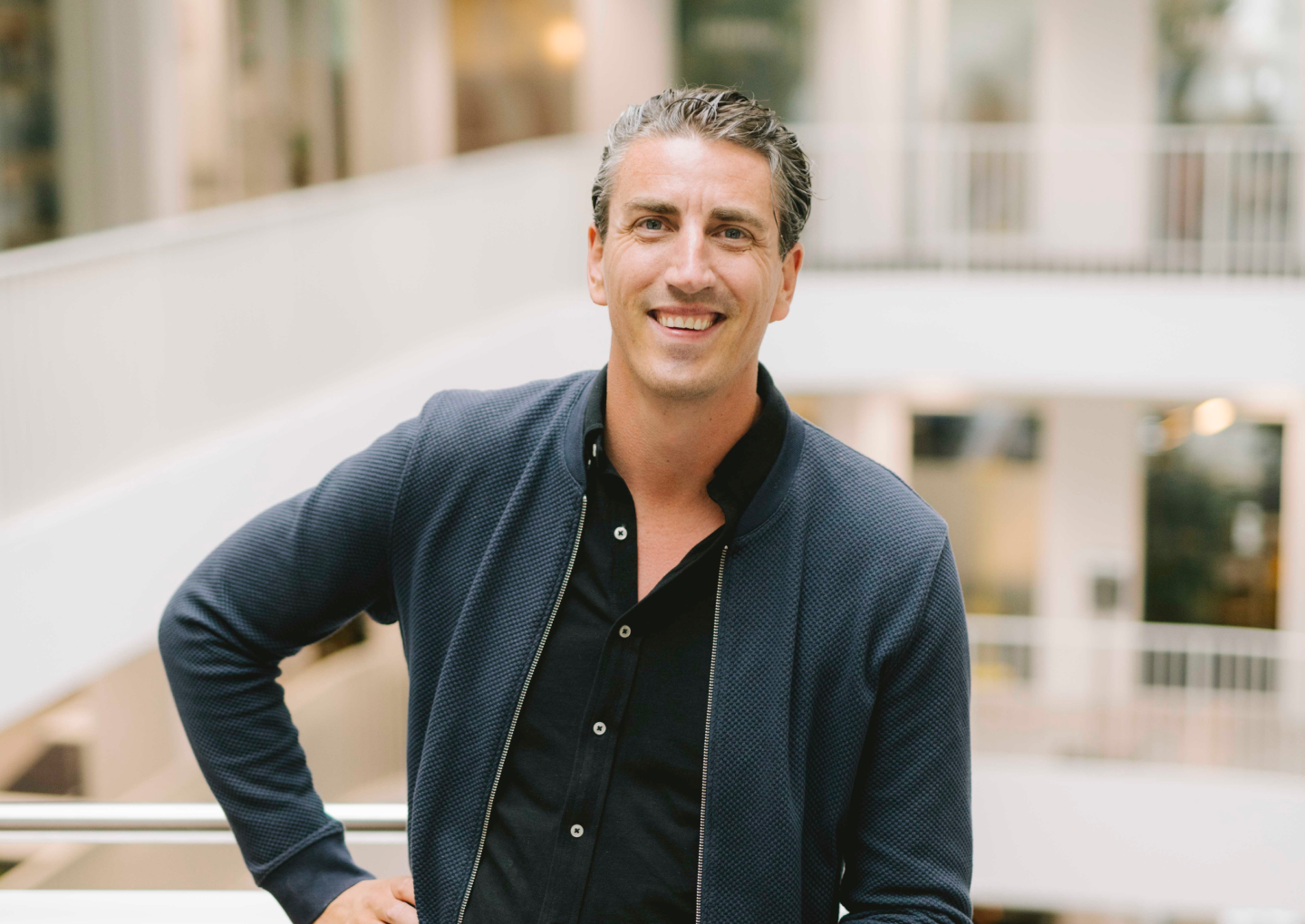 In the first of a series of articles with our Techleap.nl Rise program entrants, we catch up with Rick Schmitz – CEO and founder of blockchain data security startup LTO Network.

As we jump on a call with Rick, we find him marching through the corridors at LTO Network’s Amsterdam offices in search of a meeting room. Three months ago, this office was silent – an early casualty of the Covid-19 pandemic that spread across Europe like wildfire. ‘One of my colleagues was one of the very first people to have Covid-19,’ he explains. ‘He came back from a conference and suddenly, half the office was out of action.’ Rick was forced to shut the office soon after. Thankfully everyone has recovered since and LTO Network is back up and running. ‘It’s been a tough time,’ he admits, ‘but it’s good to be back.’

Coronavirus is just the most recent chapter in a whirlwind story that has seen LTO Network grow into the new standard for inter-business collaboration and data security. From the outside it’s a complex proposition – LTO Network uses hybrid blockchain technology to allow organisations with different systems and data to work together more efficiently and securely. If you were to guess where Rick first started this journey, you might think technology or programming. You’d be wrong. ‘I was a tax lawyer at Price Waterhouse Cooper,’ he explains. In 2011 they created a game of sorts, where they had us work with colleagues from different departments to create a fake startup. 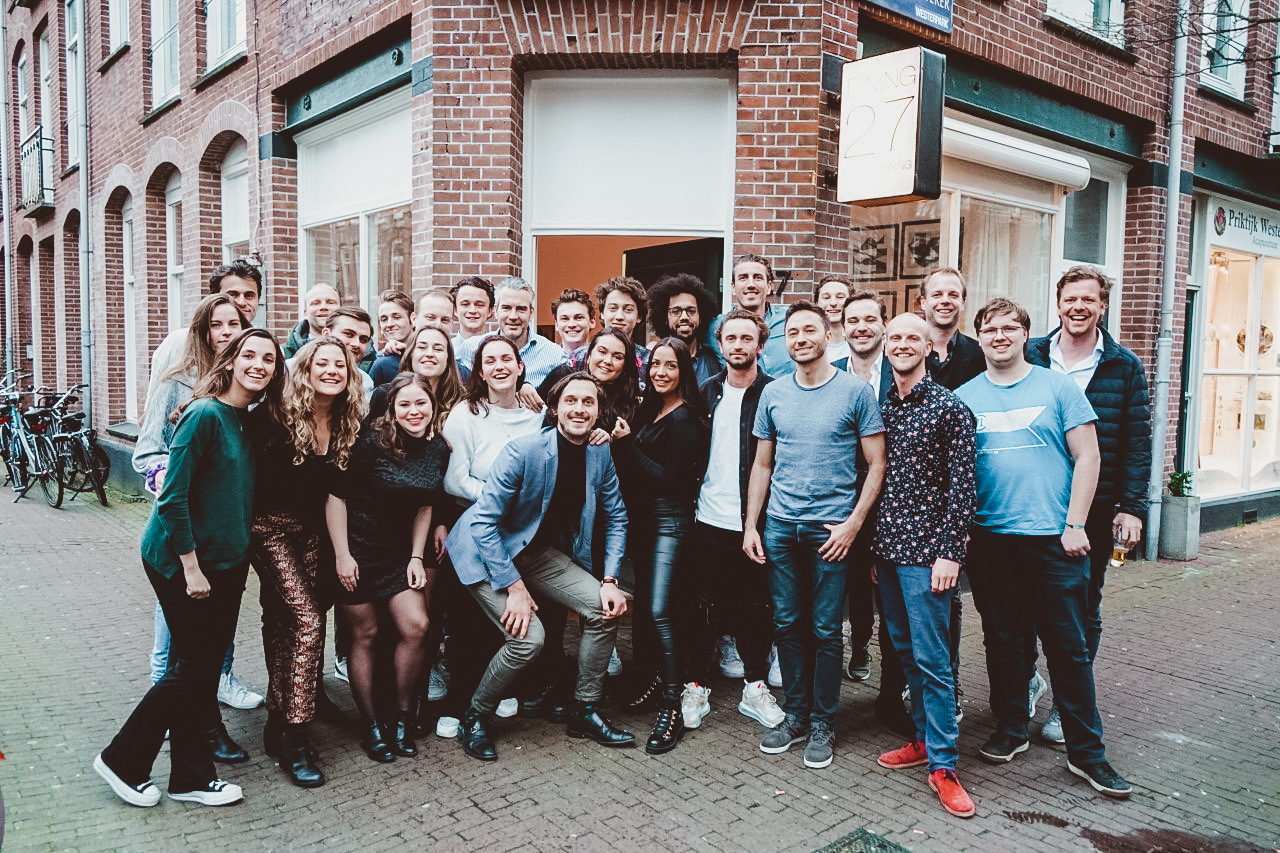 ‘Our team was doing pretty well – we were working on a deal with GrandVision (a large optical retailer) and we realised that the markups on contact lenses were insane. Like, a 70% EBITDA margin. So, we decided to make a real startup instead.’ That startup became lensdeal.nl – a contact lens retailer that offered over 100,000 products from their website. In his lunch break, Rick would drive over to a warehouse in north Amsterdam to pick up a truckload of contact lenses, which he, his wife, and his business partner would package in his living room and rush over to PostNL before 11 pm every evening. ‘It was the Eric Ries method of lean startup –without ever reading the book, that’s how we executed it,’ he says. ‘We basically hacked this thing together with about 2,000 euros, pushed it live and did all the work ourselves.’ 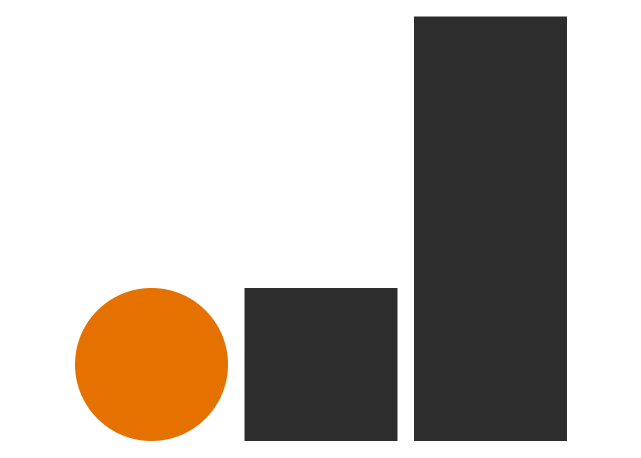 Rise is your one time opportunity to connect with other founders and create together a strong peer community where you can share learnings and get inspired by one another. During the programme, you’ll be able to ask all your questions to seasoned entrepreneurs and gather deep, honest insights about scaling a company successfully.

On day one, lensdeal.nl pushed a deal to Groupon offering discounted contact lenses; they sold 500 packages – a total order value of around 30,000 euros. ‘And then the misery started!’ Rick shakes his head. ‘We had made so many promises. We made a 24-hour delivery promise. We had a free return promise. We had a 24/7 support desk, which was just our work mobile phones at Price Waterhouse Cooper! And we were sending it all ourselves, so of course, we made mistakes. People were returning their orders, complaining because they received the wrong product.’ To make things worse, a mistake on the VAT calculations meant that Rick was making a 21% loss on all his sales through Groupon. ‘It was a pretty bad mistake for a tax lawyer,’ he laughs.

Despite the relative failures of the business, lensdeal.nl was an important step for Rick – lessons were learned that directly led to later successes. ‘It’s not just about product margin,’ he says. ‘With lenses, you’re dealing with a user base that hops from deal to deal – the cost of acquisition for a loyal customer is super high. We realised that if you’re going to be successful with a new business, you either have to do it on a huge scale with a lot of money, or you have to find a niche.’

It wasn’t long before that niche appeared. In October 2012, a change in Dutch legislation made it possible to incorporate a Dutch BV online – what was once a lengthy, painstaking process was suddenly simple, and accessible to almost anyone. Rick and his business partner set up another startup – Firm24 – which went live the day of the legislation change and allowed anyone to incorporate a BV. ‘Product market fit clicked straight away,’ he says. ‘We were the go-to incorporation platform from day 1 – there were no alternatives, and our sales just grew steadily every day.’

With Firm24 dominating its niche and growing fast, Rick left his job at Price Waterhouse Cooper and committed to his new startup full time. Firm24 added a variety of new services to the business and sourced the work out to external service providers. ‘We were just a connection platform that handles the technology,’ Rick explains. ‘When we connected all these different service providers, they started asking questions about how to securely share their data. We had already been getting into blockchain technology and we thought if we need to share this data in a GDPR-compliant way, why not create our own blockchain company? That was the birth of LTO Network.’ 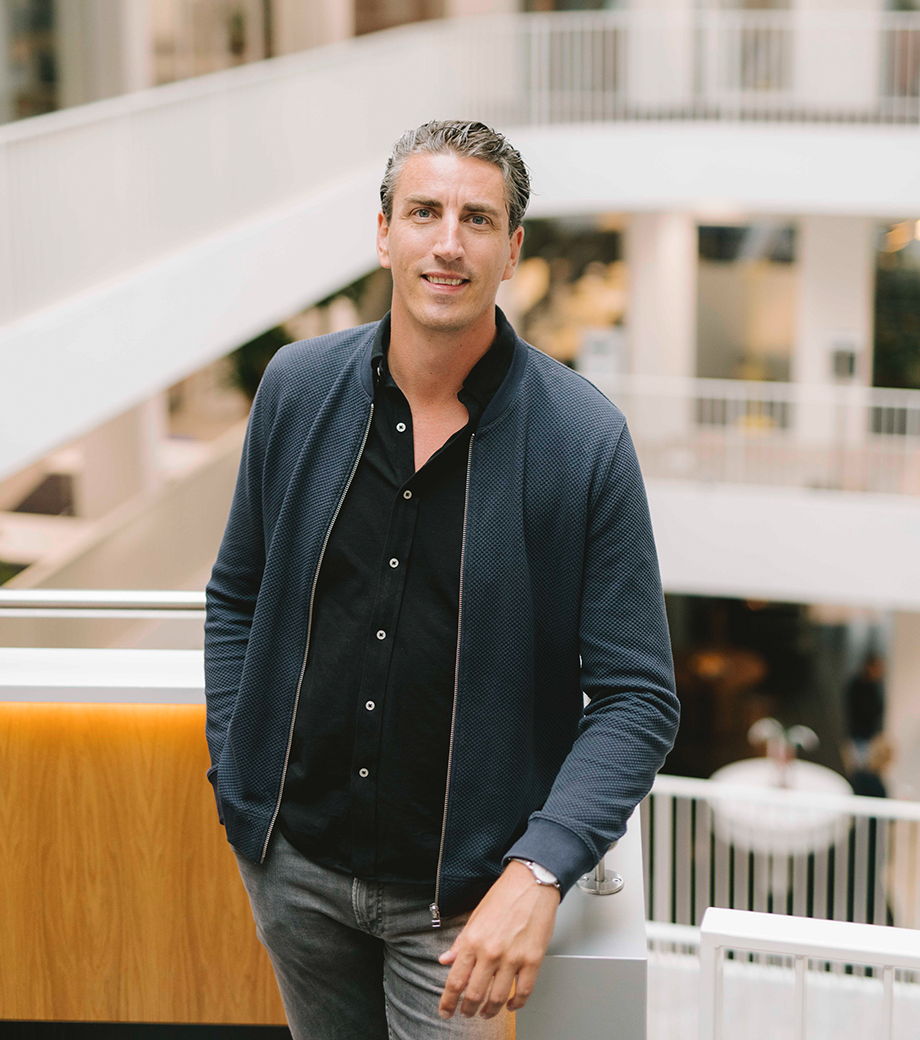 Everybody makes mistakes, but as an entrepreneur, you need to embrace your mistakes and make sure you learn something from them.

Since launching in 2017, LTO Network has gone from strength to strength. Rick raised around $5.2 million from an initial coin offering (ICO) and established mainnet (a fully-fledged, functioning blockchain network) in just two years, establishing LTO Network as the only viable product in its market. ‘We were the only European platform taking GDPR into consideration,’ he says, ‘so we got lots of traction with governments and big multinationals.’

In February 2020, a listing on Binance – the world’s leading cryptocurrency exchange – further solidified LTO Network’s value, and Rick applied to be part of Techleap.nl Rise Program shortly after. ‘We had achieved a lot without any funding, but we needed connections and advice on how to get to the next level; that’s what Techleap.nl has really helped us with. We approached Techleap.nl and said, ‘this is what we need from you,’ and they delivered everything. Honestly, if you know what you need, the Rise Program is the best thing that could ever happen to your business.’

Rick has lofty goals for LTO Network now – ‘we want to be the business identity provider for Europe’ – he says, but he stresses that today’s success only happens because of yesterday’s mistakes. ‘I’ve made so many mistakes on this journey,’ he says. ‘Some more expensive – some million-dollar mistakes! – but they were all important. Everybody makes mistakes, but as an entrepreneur, you need to embrace your mistakes and make sure you learn something from them.’ 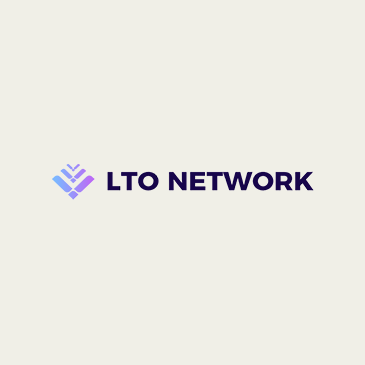 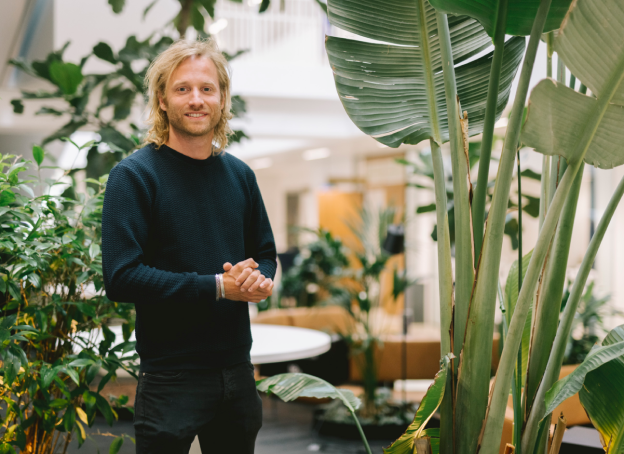 An exclusive scaling programme designed for scaleup CEO's who want to grow big and learn from their peers.